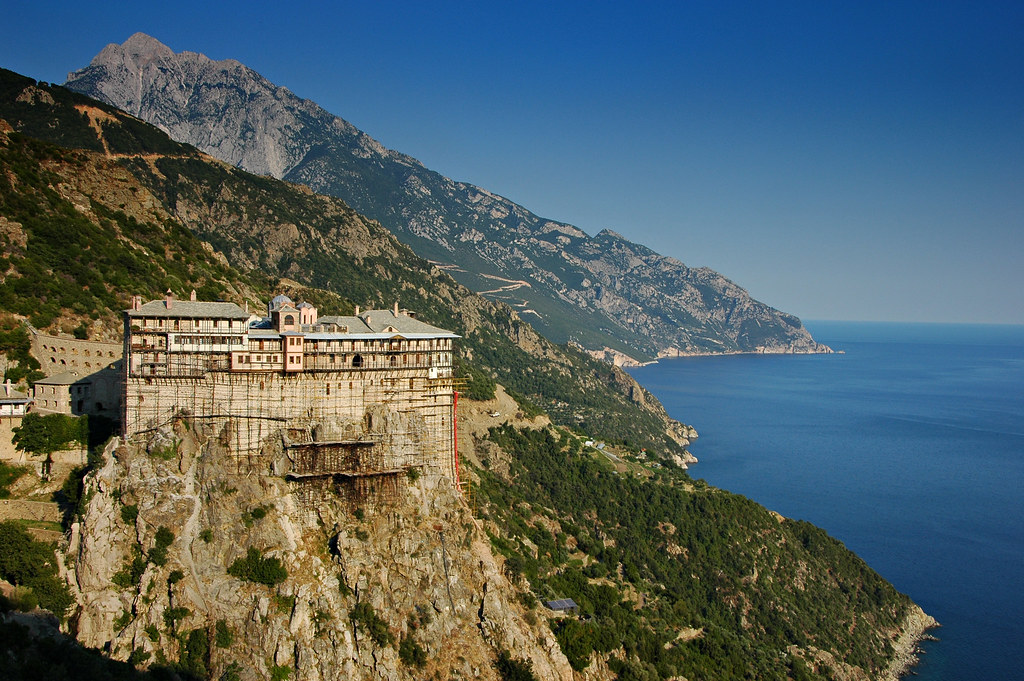 Mount Athos -commonly known as the Holy Mountain- is the spiritual capital of the Orthodox Christian world, consisting of 20 monasteries, 12 skites, and about 700 houses, cells or hermitages and approximately 2,000 monks.

The “Garden of Virgin Mary” is the paradise of the eastern peninsula of Halkidiki!

The Monastic State of the Holy Mountain is known to be the main carrier of Orthodox Christianity and holds spiritual glory and great history.

It is a religious community with 1.000 years old monasteries, cells in caves or between the rocks, towers, domes, belfries, chants, etc. It is listed in UNESCO’s WORLD HERITAGE MONUMENTS.

Even though women are not allowed inside Mount Athos, all visitors (men and women) can admire the magnificent monasteries by cruising along the west coast of Athos peninsula.

For those that are fishing enthousiasts, the area close to Mount Athos is most famous for its rich sea life and the depth of the waters there, offer a unique fishing experience.

Daily cruises with luxury and comfort yachts depart from both Kassandra and Sithonia with Mount Athos as a destination.

You can choose to make a close coastline cruise and take great photos of the superb mountain and its various ancient monasteries whilst enjoying the sea and sun. 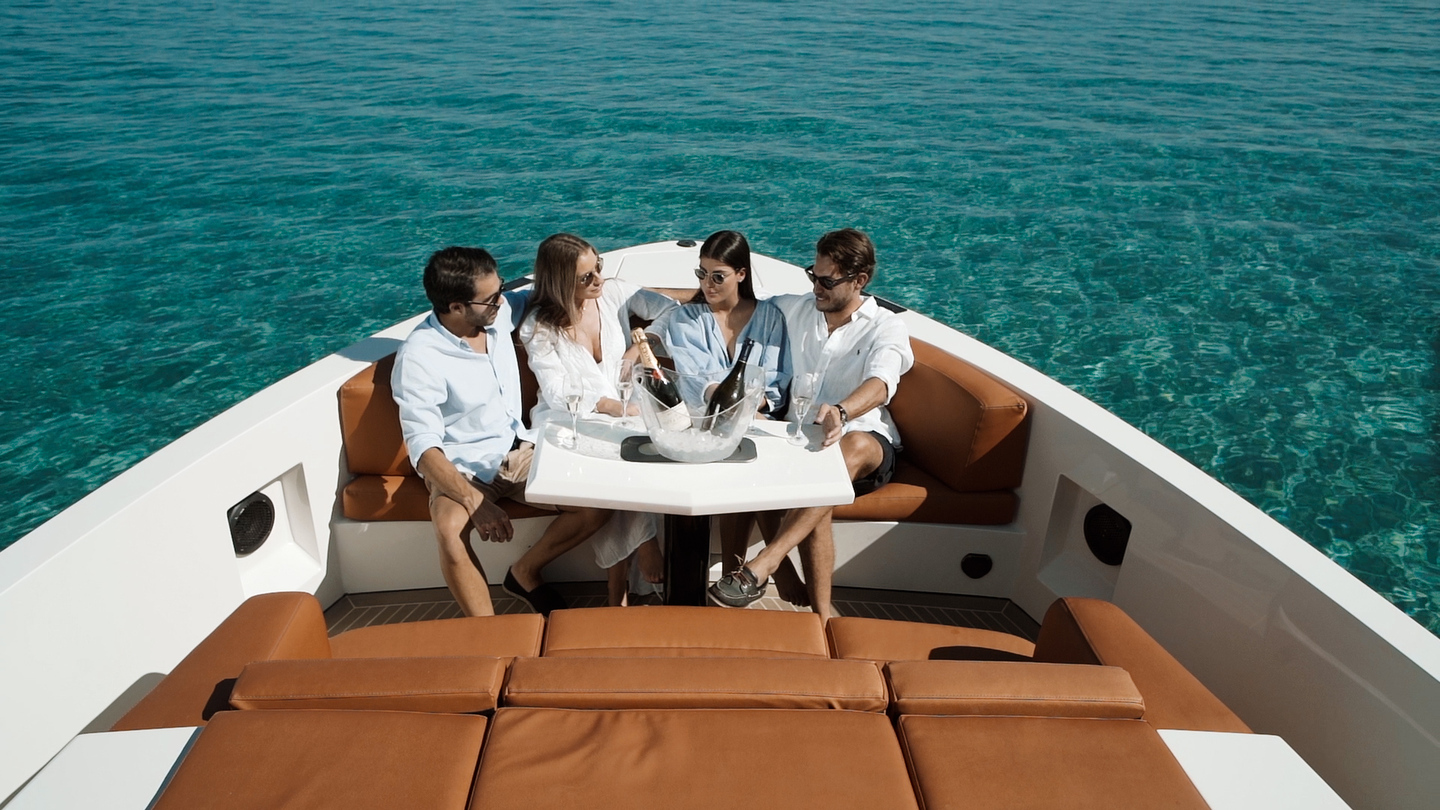 What we offer in Mount Athos

Luxury yachts and cruises
Yacht charters
Special Cruises
We use cookies on our website to give you the most relevant experience by remembering your preferences and repeat visits. By clicking “Accept All”, you consent to the use of ALL the cookies. However, you may visit "Cookie Settings" to provide a controlled consent.
Cookie SettigsAccept AllRead More
Manage consent

This website uses cookies to improve your experience while you navigate through the website. Out of these, the cookies that are categorized as necessary are stored on your browser as they are essential for the working of basic functionalities of the website. We also use third-party cookies that help us analyze and understand how you use this website. These cookies will be stored in your browser only with your consent. You also have the option to opt-out of these cookies. But opting out of some of these cookies may affect your browsing experience.
Necessary Always Enabled
Necessary cookies are absolutely essential for the website to function properly. These cookies ensure basic functionalities and security features of the website, anonymously.
Functional
Functional cookies help to perform certain functionalities like sharing the content of the website on social media platforms, collect feedbacks, and other third-party features.
Performance
Performance cookies are used to understand and analyze the key performance indexes of the website which helps in delivering a better user experience for the visitors.
Analytics
Analytical cookies are used to understand how visitors interact with the website. These cookies help provide information on metrics the number of visitors, bounce rate, traffic source, etc.
Advertisement
Advertisement cookies are used to provide visitors with relevant ads and marketing campaigns. These cookies track visitors across websites and collect information to provide customized ads.
Others
Other uncategorized cookies are those that are being analyzed and have not been classified into a category as yet.
SAVE & ACCEPT

Do not hesitate to give us a call. Our experienced team will be more than happy to assist you.